How to Fix a Truss Rod That Won’t Move

How to Fix a Truss Rod That Won’t Move


“The truss rod in this particular guitar barely works; there's more relief in this neck than I'm comfortable with.”

For most of our production years, Basswood was the only material used for the necks, and later, we added Mahogany from Central America.

One giant goal was to try to do a “forever” fret job with brutally tough and hard fretwire, which we mostly, eventually kinda pulled off. Very Arrogant became Very Humble.

Is the rod adjusted with an Allen key? That was the early version, and we quickly switched to torx for reliability, as the Allen heads could strip, and weren’t fun to replace. Plus, the way I designed it, there was only room for a weird-shaped little thrust washer, and it was bearing on end grain Basswood, which isn’t superior in compression, to say the least.

On the side of the neck’s stability, though, I can say that very likely whatever it has done by now is likely to stay that way, as a result to the epoxy/glass/carbon skin, they really don’t twist, and no creep at all. The problem with the early ones was that the recipe wasn’t fully developed, and those early shop tolerances were much wider than they came to be later on.

Having said all that, if the neck has too much relief, the way to optimize the rod adjustment it to: I know, it’s a bit of a mess, but the only other remedy could only be accomplished by angels in heaven. Shame on me. Also, the frets can be dressed, just go slow with sharp files or paper, and don’t get things hot.


”Can the nut be removed and washers added to gain more thread?”

This truss rod was very complicated and expensive to make and install, but had the benefit of weighing 1/6 of a normal ‪3/16‬ inch mild steel truss rod.

I would be surprised if it was out of adjustment range; on those early guitars we used, as it turned out, a LOT more carbon fiber than we needed on the back of the neck. One result of this was that the truss rod had a terrible time shortening the length of the back of the neck because it was way too strong in compression. If that’s the case, I don’t know if there is any real remedy to this, except for removing fret top material.

Over tightening the rod will eventually caused terrible damage at the headstock end of the neck as the washer crushes the basswood and it’s pretty awful.

#TrussIssues
"It's not me that designed the Fly guitar, it was all of you guys." - Ken Parker
Top

Thanks Ken
I really enjoy reading technical stuff and that’s a lot of good info.
During “isolation” from foot surgery in March I got caught up on back issues of scientific American so things like this are right up my alley.
Cheers!
Top

I found some old photos of X-Rays of a Fly from the old forum, and thought I’d share them in this related thread for posterity sake: 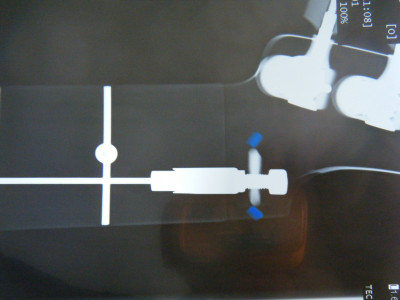 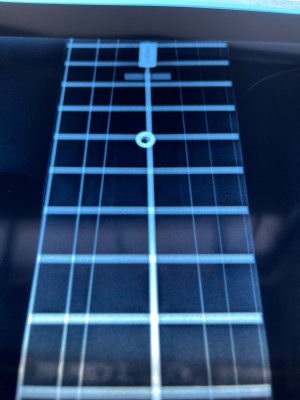 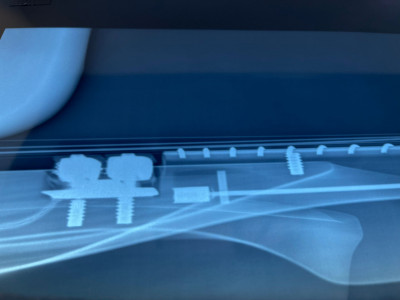 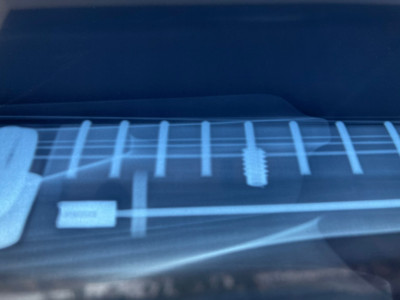 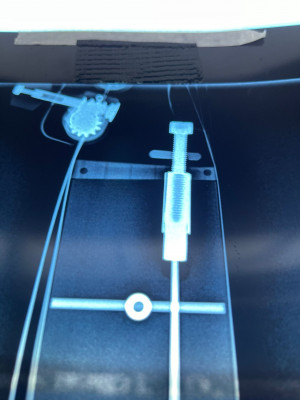 I have literally been planning on having my chiropractor x ray my fly. Guess I wasn't the only one.
Top

Thanks, @Musikron and @Laughinglarry—I agree that X-rays like that are very useful!

There’s not much to talk about now, but I have a team that’s been working on an effort that @Ken Parker dubbed “Fretology”: http://Fretology.org

XRays are helpful to look at, but the scale is always off, so, unfortunately you can’t really get accurate dimensions of the things you’re seeing. We’ve had some success with CT Scans, however! Here’s a photo of my friend John Thomas’ 1945 Gibson LG-3 going through a CT Scan: 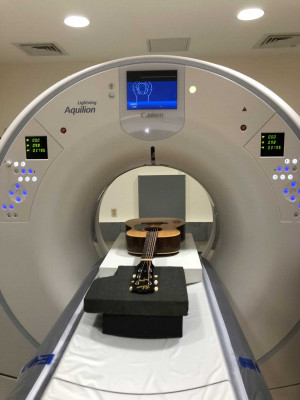 The models that come out through a CT scan are huge, and very detailed! You can actually move through the various “layers” of the instrument as well to, for example, zip through the finish into the woodgrain or through the entire top altogether to look at the bracing. Very cool!

We’re working now to see potential workflows for making the data more useful for builders (potentially leading to the generation of machinable parts or clones!) and also to get a sense of what aspects of this data would be most useful and helpful for builders.

I’ve also been wondering about how scanning a Fly might be useful for us to have—obviously being able to see the bracing of some old acoustic provides info that is otherwise difficult to understand, but might there be things about the Fly (or other solid body electric guitars) that would be appealing for you/others to observe as a complete 3D model?

No obligation, but if anyone would be interested/available to give the student team currently working on this a sense of how this data might be useful to you, (in the next few weeks only), please feel free to reach out to them by emailing gr-fretology-iqp-e-2022@wpi.edu and letting them know a bit about your interest.
Top
Post Reply
6 posts • Page 1 of 1