Here's a pic of my serial number (below). I've been messaging with vjmanzo, and given my serial, it looks like our thoughts on pre-2003 serial numbers need a little revision. It seems like the logic behind the pre-2003 serial numbers is no different from the 2003-2006 logic. So those comments could be put into a single classification that's called THROUGH 2006, and then leave the AFTER 2006 comments basically as-is.

As to the THROUGH 2006 comments, I'd say this:
Both 6 & 7 digit numbers were reportedly used. The first three digits are the day of the year, the next two (or three) are the number in that month's production, and the last digit designates the year. Any doubts regarding the year of manufacture during this period can be cured by a quick examination of the control layout. It is regarded as a "Refined Fly" if it is 2003 or later.

Interpreting the serial number:
I'd argue that it's most helpful to think of the serial number as 3 nodes, and each node needs some interpretation. I think it's helpful to use an example to explain. So let's take my serial number: 3430678BMH USA. Breaking just the numeric part into 3 nodes, I come up with 343|067|8. The first node, 343 is the day of the year my guitar was created. This has to be taken in conjunction with the last node, designating the year, of 8. Since we're talking about guitars made through 2006, that logically must refer to 1998. So day number 343 of 1998 happens to be Wednesday, December 9, 1998. That explains the 1st and 3rd nodes. But how do we interpret the 2nd node? The earlier comments said this was the number in that day's production. But I find that problematic. First, if mine was number 067, that would seem to say they made at least 67 guitars that day (12/9/1998). Further, the fact that the node is 3 digits implies that they were possibly making upwards of 100 (hence the need for 3 digits) guitars a day. Discussing with vjmanzo, and relying on some of his stats around daily/monthly/yearly production, that just doesn't seem reasonable. He has a stat from Ken Parker indicating they were producing around 3000 guitars a year back in those days. Averaging that out, we're looking at roughly 250/month, 50-60/week, and maybe 10-12/day. So for that middle node to indicate the number in that day's production doesn't make sense. If they're only making 10-12 a day, then having a number as 067 doesn't add up. And having 3 digits, to accommodate numbers upwards of 100, makes even less sense. I think it's more likely that the middle node is intended to indicate the number in that month's production, rather than that day's production. And so there again, that node has to be interpreted in conjunction with the other 2 nodes; because the month in question would only be known by interpreting the 1st and 3rd nodes. So again using my serial as an example, day 343 (1st node) of 1998 (3rd node) falls in the month of December. So my guitar was presumably number 067 (2nd node) made in December of 1998.

Hope that helps, and I haven't thoroughly confused everyone.

Hahaha awesome, @shawn42! Thanks for putting this addendum together!
Top 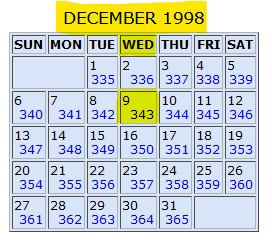 Can you please help me identify my Parker
0407233 USA
Top

Assuming you have a NiteFly, it’s a 2003 from April as you can read here:


vjmanzo wrote: ↑Sat Sep 21, 2019 12:11 am The NiteFly uses a different system using either a five or six digit serial number. The first one or two digits show the month, the third is the last number in the year, and the last three digits show the number in that months production.

My name is arthur and I'm new around here... Thx for the support!

I Would like to know if u could help me!

I just got my first Parker, and its a P30 Model... I'm kinda confused trying to understand how the serial number thing works...

Anyone knows what year this masterpiece was made?
Top

I didnt find much thing about my guitar, unfortunately

My guitar has "made in china" written in the back of the headstock but the info in that link says its from korea...

Am I wrong? cause my serial number has 8 digits, and thats was the period after the factory had changed from in korea to Indonesia, right?
Top

There's not a lot of information on the serials for those models though you can still learn a lot by reviewing the catalogs as noted in the FAQs. It seems like your instrument was made in July 2006 if we go with MrWalker's data:

Where YY = the last two digits of the year and MM = the month.
Top

@Twistie judd, are you saying you have a P30 with seven digits or is it another model?
Top

Tricky one @Richerich, but I’d be willing to bet that the first number is the month of September and the second number is the year (199)7.

Of course, here’s what we had to work with officially:


vjmanzo wrote: ↑Sat Sep 21, 2019 12:11 am The NiteFly uses a different system using either a five or six digit serial number. The first one or two digits show the month, the third is the last number in the year, and the last three digits show the number in that months production.

The notion that your number of that month is 518 seems high, but things were in flux so the finish shop could have meant “51” or something else entirely. Still, I think 1997 is the winner. Have you check the catalogs and the NiteFly History to get a sense of which NiteFly it is? Does it have a battery compartment on the back?
Top

So far I’ve narrowed it down to a Nitefly 1 or 2. Good start anyways
Top
Post Reply
37 posts